Alheira is a lightly smoked sausage, traditional from the North of Portugal which is very easy to find in Porto’s restaurants and a very economic option for a quick lunch.

Alheira is a white sausage which is smoked,usually, for three days, and mixing ingredients like wheat bread, garlic, paprika and a mix of white meat including Chicken, turkey, partridge (the most usual) and sometimes veal, rabbit and pork (less common). It’s easy to find them as a common option at lunch time, in Porto’s restaurants, either fried or baked in the oven, and served with white rice, french fries, and a fried egg. Getting it as a Petisco, is also possible, but for this Alheira with game meat should be preferred. 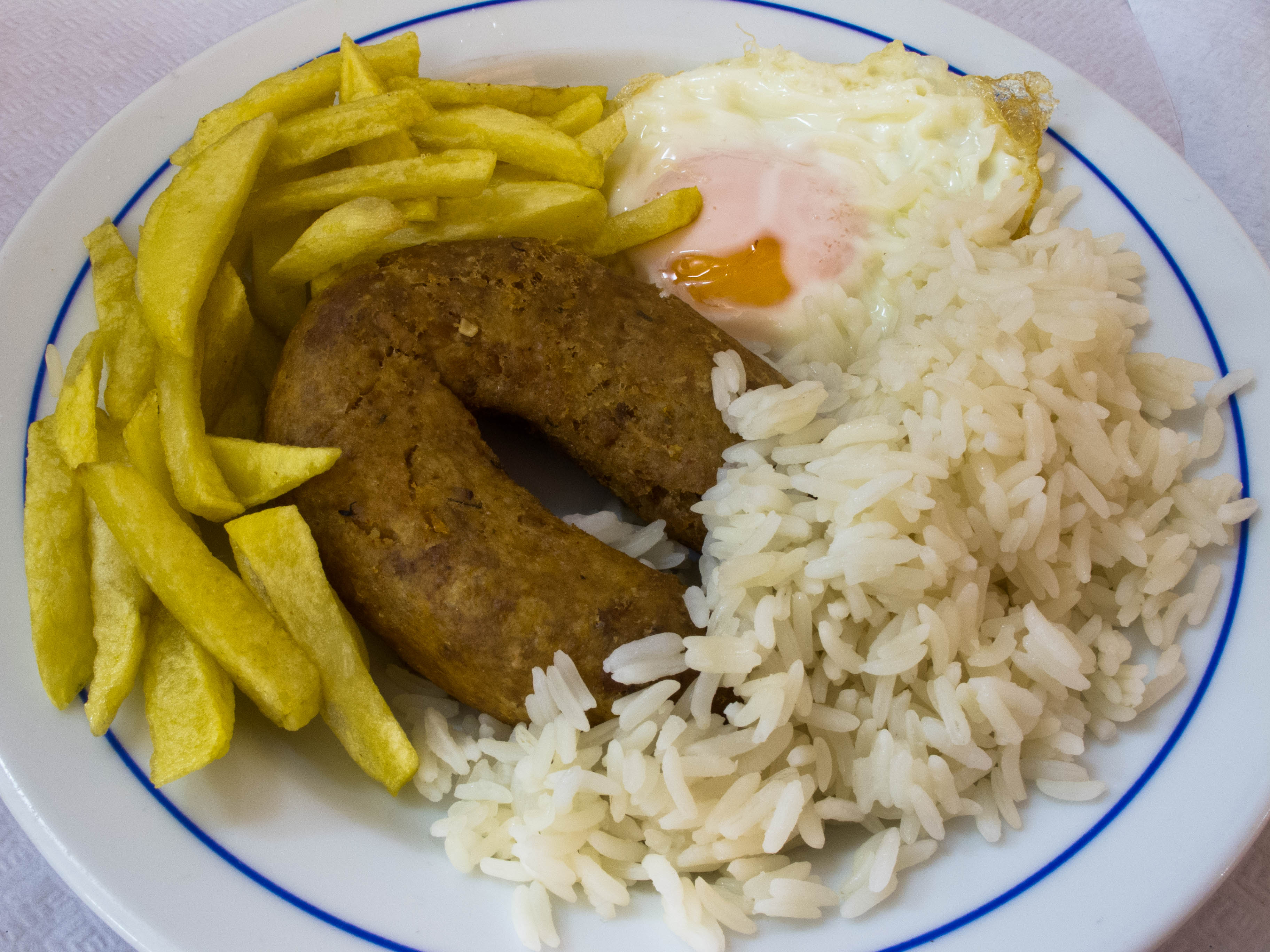 Alheira is typical of Trás-os-Montes region, located northeast of Porto and has become very popular throughout the country. Tradition says that originally they were produced only with poultry and paprika,  and also that they were invented by the Jewish conversos in the 15th century to elude the Inquisition. One of the ways that the Inquisitors had to distinguish Jewish from Christian was to check the sausages hanging at the fireplace, and because most of the sausages have pork in it, they would immediately arrest everybody that was missing the sausages. Legend has it that with the invention of Alheira this problem was solved, although it doesn’t seem right because one of the essential ingredients in sausages is pork fat. 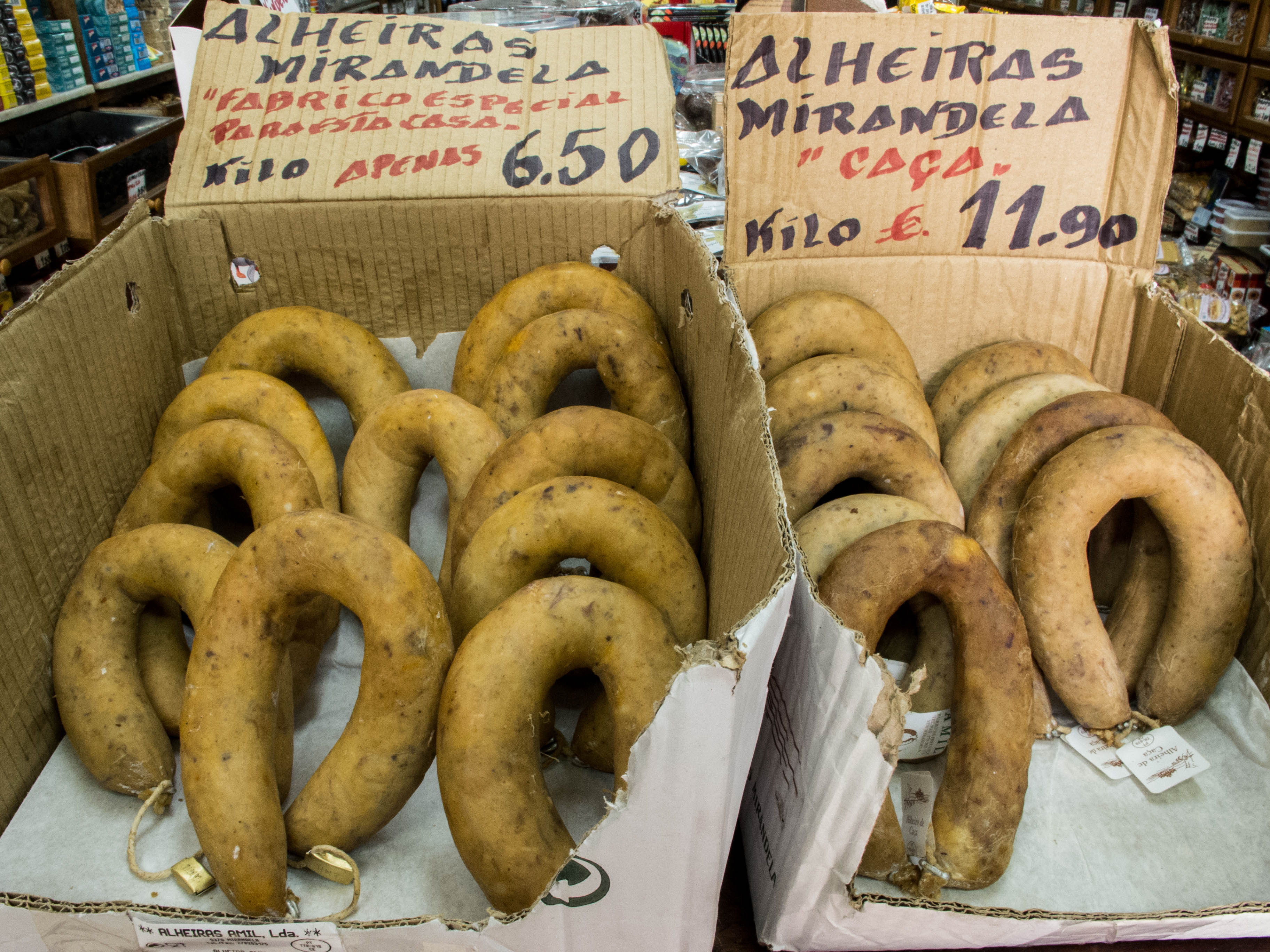 As Alheiras de Mirandela in a Mercearia Fina aka gourmet shop

Alheira has a unique flavour (tastes really good!) and comes in different types, depending on the ingredients used, their origin or the fabrication type. You can find them from Javali (wild boar), Caça (game), which can come from Mirandela, Vinhais or Vila Real. In Porto, it is common to find it in supermarkets, the most common version,  but if you want to get the “home made” version  go to the Mercearias around Mercado do Bolhão and have fun learning a bit more about it.

Where to find it: