Lello & Irmão bookshop, in Porto, is a dream for books and interior design lovers. Since August 2015 you have to pay a ticket to get in but it sure worths it.

Considered the third most beautiful bookshop in the world by The Guardian and Lonely Planet, and one of the coolest by Time Magazine and CNN, Lello & Irmão was originally designed from scratch to sell books and to be a temple to knowledge.

Designed by Engineer Francisco Xavier Esteves, Porto’s mayor between 1911 and 1913, this 1906 art nouveau illusion will keep you, in and out, for a long time trying to find all the amazing details. 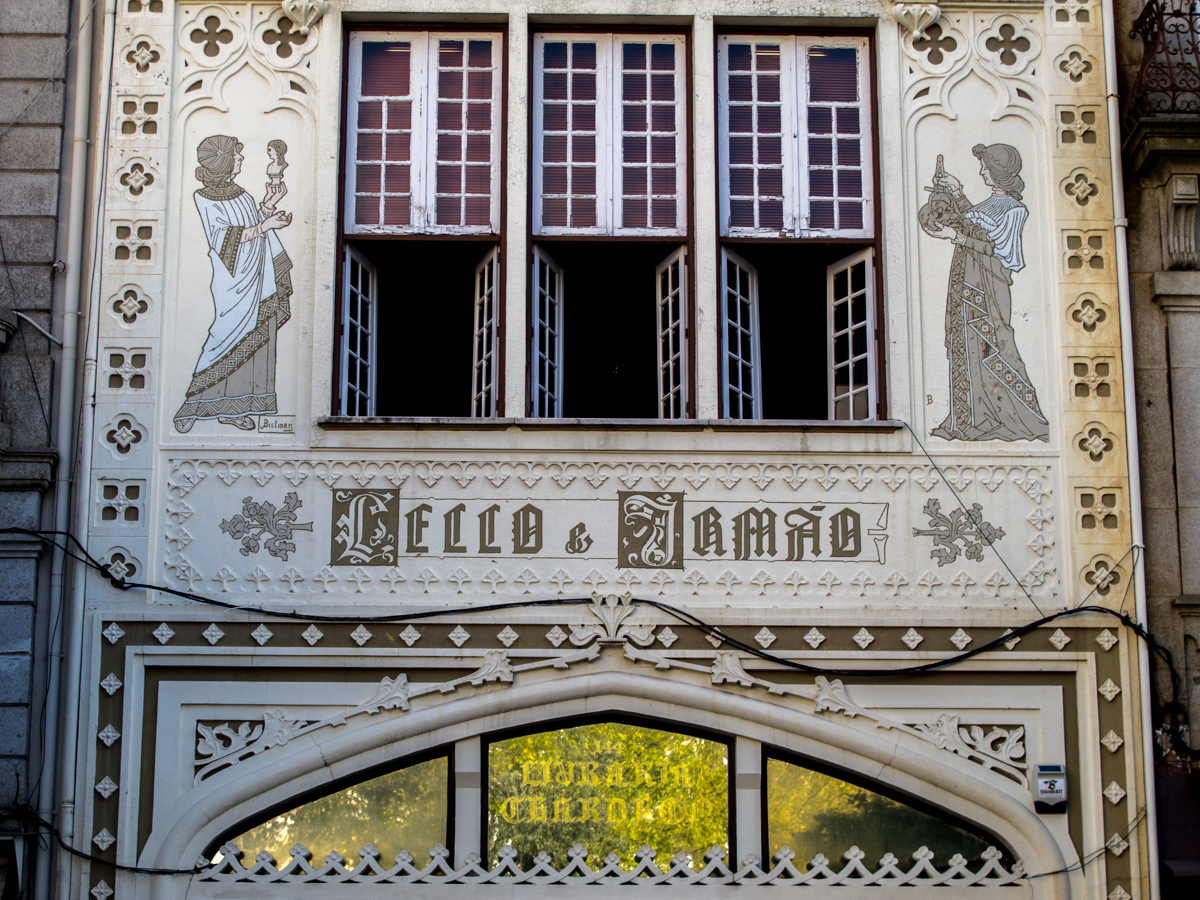 The façade, in a beautiful neo-gothic style, has paintings by José Bielman representing allegories of Arts and Science. In the window above the door, Livraria Chardron, the old name of the publishing house which edited two of the greatest 19th century Portuguese writers, Eça de Queirós and Camilo Castelo Branco.

Once inside you can follow the cart’s rails, in the floor, that was used to move the books, easily, inside the store. 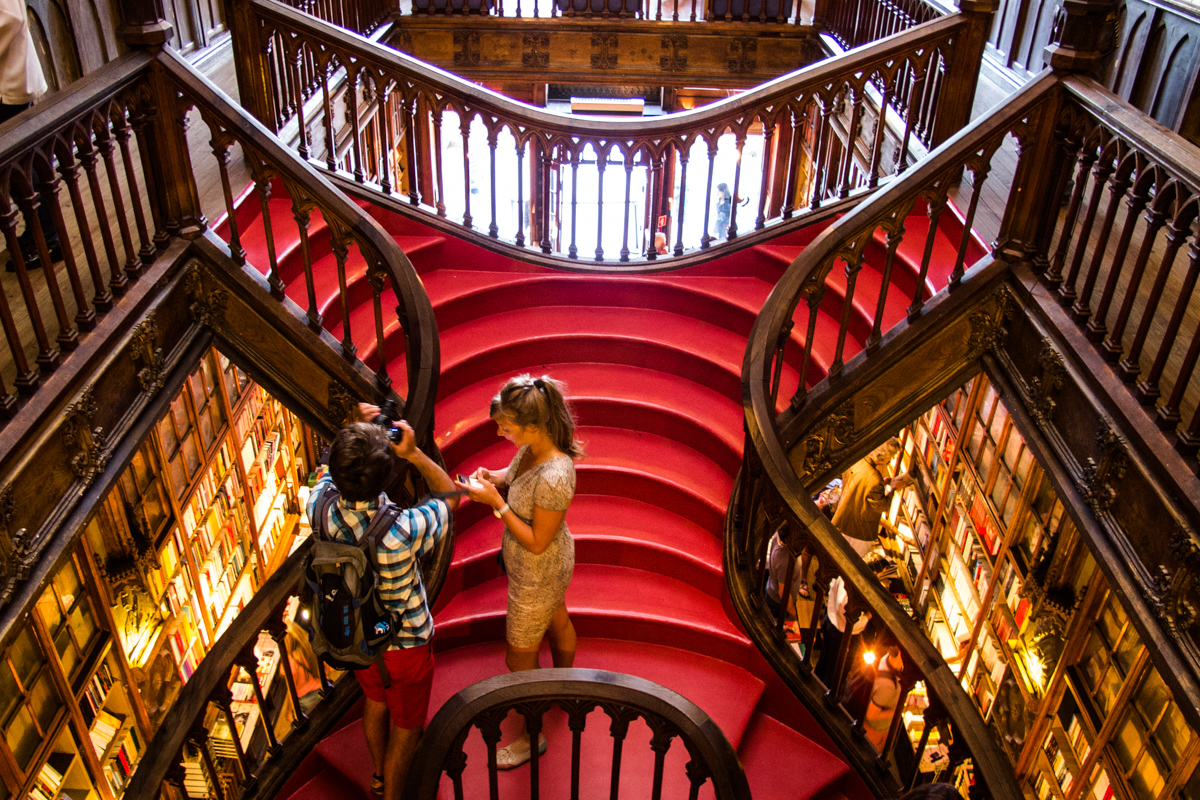 The iconic red stairway in the center of the shop, is said, to be the inspiration to J.K. Rowling’s Flourish and Blotts bookshop and Hogwarts Grand Stair on the Harry Potter series, and it frames the center of the bookshop inspiring a lot of beautiful pictures. In fact, from every angle you can get amazing shots. 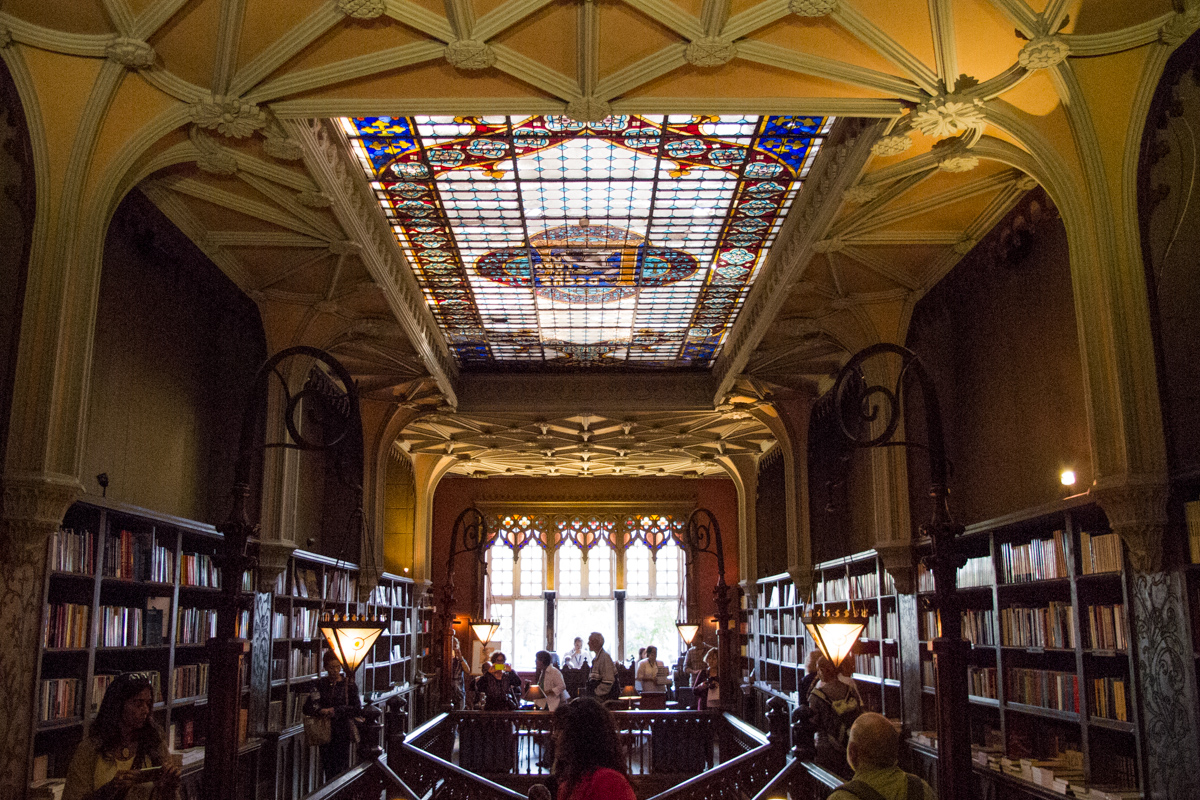 A perspective from inside Lello’s Bookshop

Above the stairway, the beautiful stained glass, gives away the bookshop motto in Latin, Decus in Labor – Dignity at work. You can notice some broken glass, but I’m sure that with the ticket’s money the owners will repair it soon.

Look up and you will find the Neo-Gothic influence all over, including the stairway. 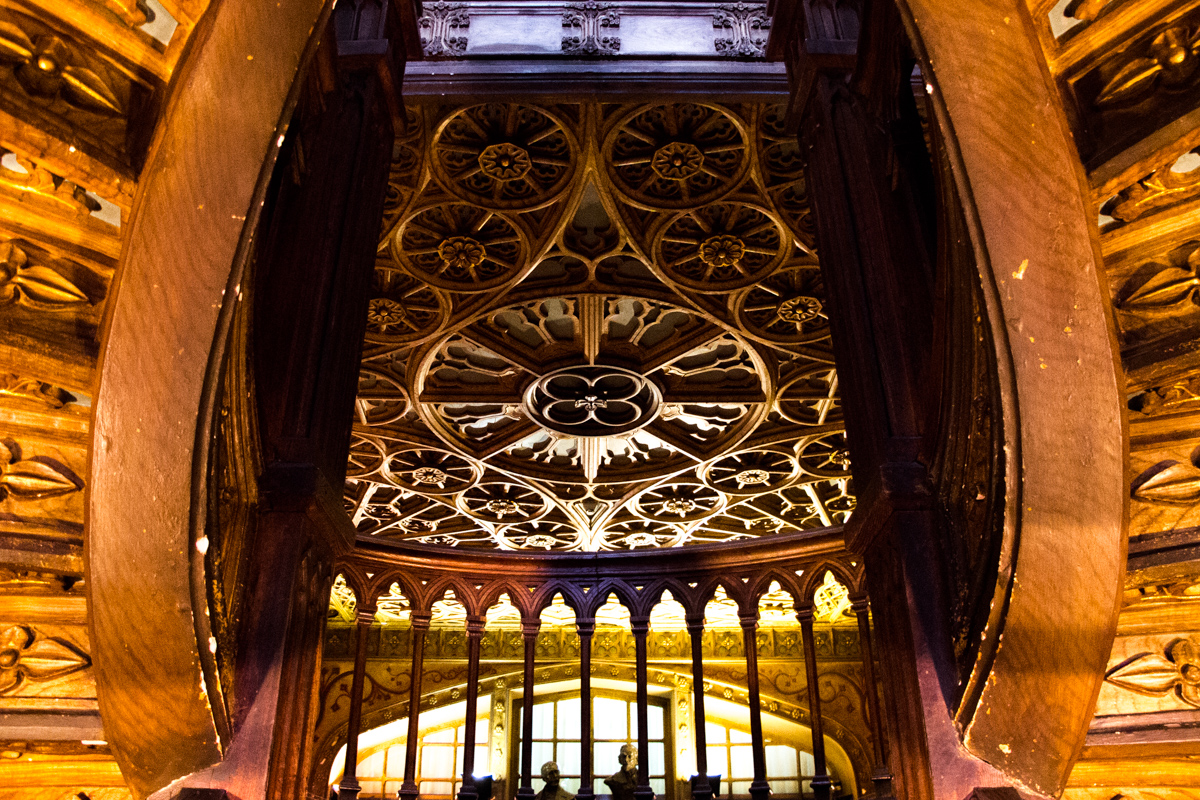 Carved wood on the stairway.

All over you can find books, including some from the early 1900’s and  busts,  topped with gothic lace, representing famous Portuguese writers like Eça de Queiroz, Camilo Castelo Branco, Antero de Quental, Tomás Ribeiro, Teófilo Braga and Guerra Junqueiro, from the artist Romão Júnior. There’s a section of foreign books and they have a good choice of the only Portuguese Nobel Prize for literature winner, José Saramago in English.

Thousands of people visit the bookshop nowadays. Due to this fact, the owners had to create a ticket system, a 3€ fee that can be used as a discount if you buy something. With this money they will be able to keep the bookshop alive and beautiful as it is. If you are a frequent user, you can apply for a “Lello Friend” membership, which is free, as long as you provide your personal details.

If you are not visiting us for a while, you can check Lello’s 360 view and, after, you will book your flight to Porto!