There are some stories about writers who have tried to burn their work, from Virgil to Nabokov. But it’s not that common to hear about an architect who burned all his blueprints!

In Porto, one of its sons, Rogério de Azevedo (1898-1983), did the trick. He studied architecture and was a follower of Marques da Silva, one of Porto’s greatest architects. He also became one of the best examples in Portuguese Modernism. When he burned all the blueprints and documentation related to his work, he created a puzzle that it’s far from being solved. It is known that he took part in the Synagogue Kadoori – Mekor Haim’s project thanks to Captain Barros Basto’s letters, but we’re still not sure what role he played.

Rogério de Azevedo was a very eclectic architect. Throughout his career he evolved from classicism to modernism to end on a very regionalist style. In the city centre, within the streets Passos Manuel and Elísio de Melo, in less than a 300 meters radius, we can find four buildings representing all the styles of his evolution. 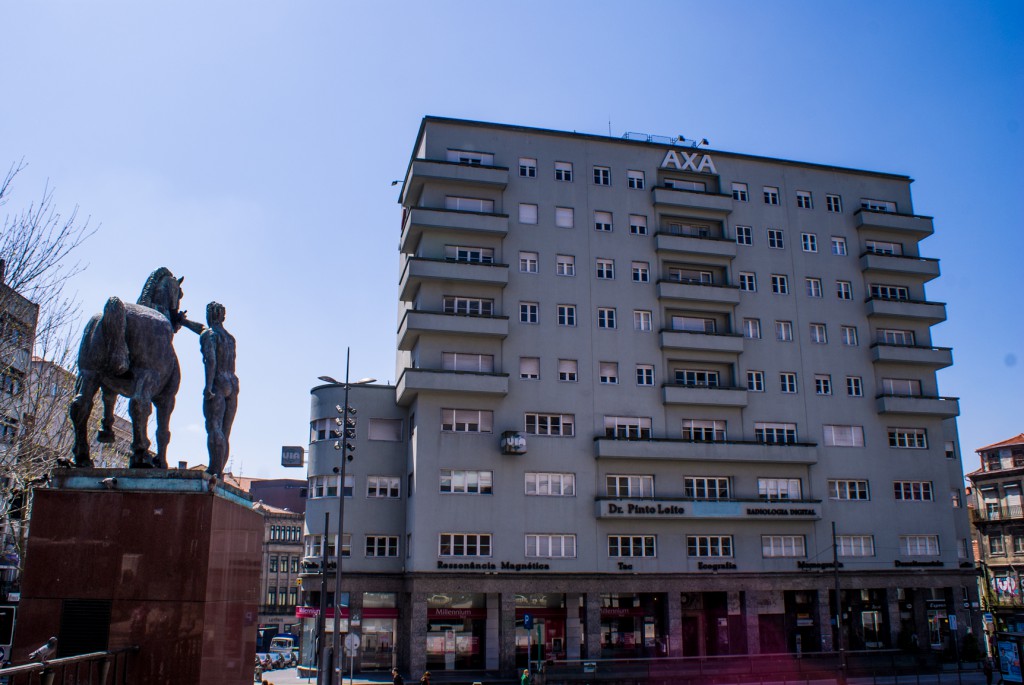 On the south side of Praça D. João I, we find the Rialto building. Built in the 1940’s and with eight stories high, it was the highest building in the country at that time. In the corner with Sá da Bandeira Street, on the lower floor, there was Café Rialto, a meeting point for artists, and free thinkers. Today it’s a bank branch, but we can still notice the frescoes from Dórdio Gomes.

In the corner of Avenida dos Aliados and Elísio de Melo Street, we can admire building from the 1930’s that used to be the headquarters of Jornal do Comércio do Porto (one of the biggest newspapers at the time). Of classic inspiration, but showing modern influence, it’s a beautiful building and, on the top, we can see eight female art-deco sculptures which symbolize
Portugal’s provinces (Minho, Douro, Trás-os-Montes, Beira Alta, Beira Baixa, Estremadura,Alentejo and Algarve), together with their capital’s coat of arms. 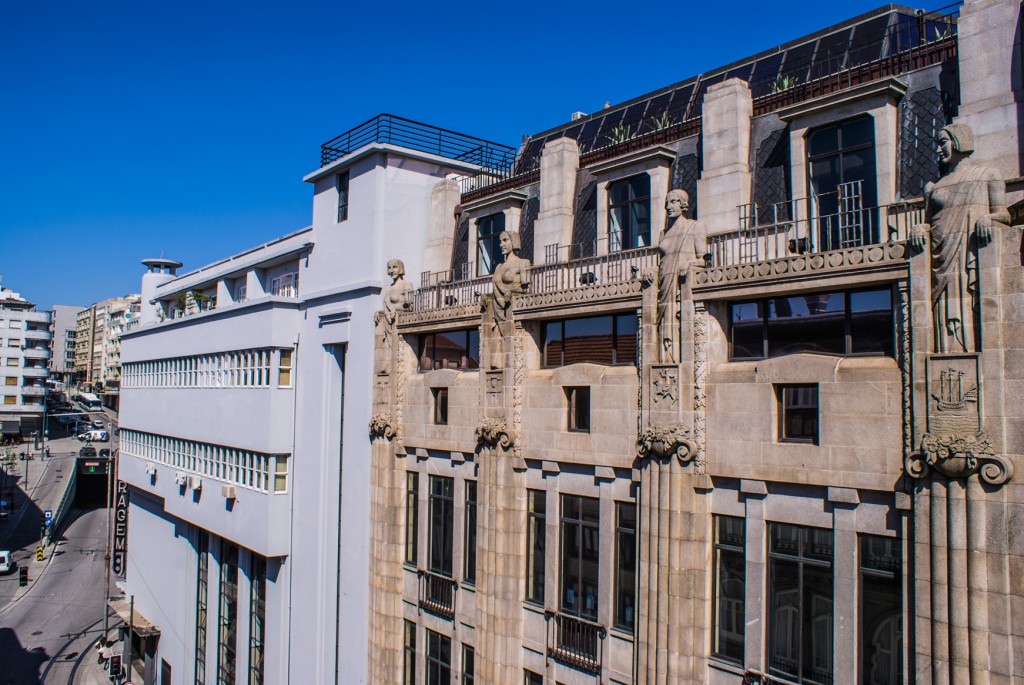 Connected to this building, facing Dona Filipa de Lencastre’s Square, there is Garagem do Comércio do Porto, built in 1932. This amazing modernist construction is built around a huge central pillar. This work broke Porto’s architecture paradigms. Using four floors as a garage and three as offices, the first project included a road map like the one we can see in Garagem Passos Manuel, but it was never finished. 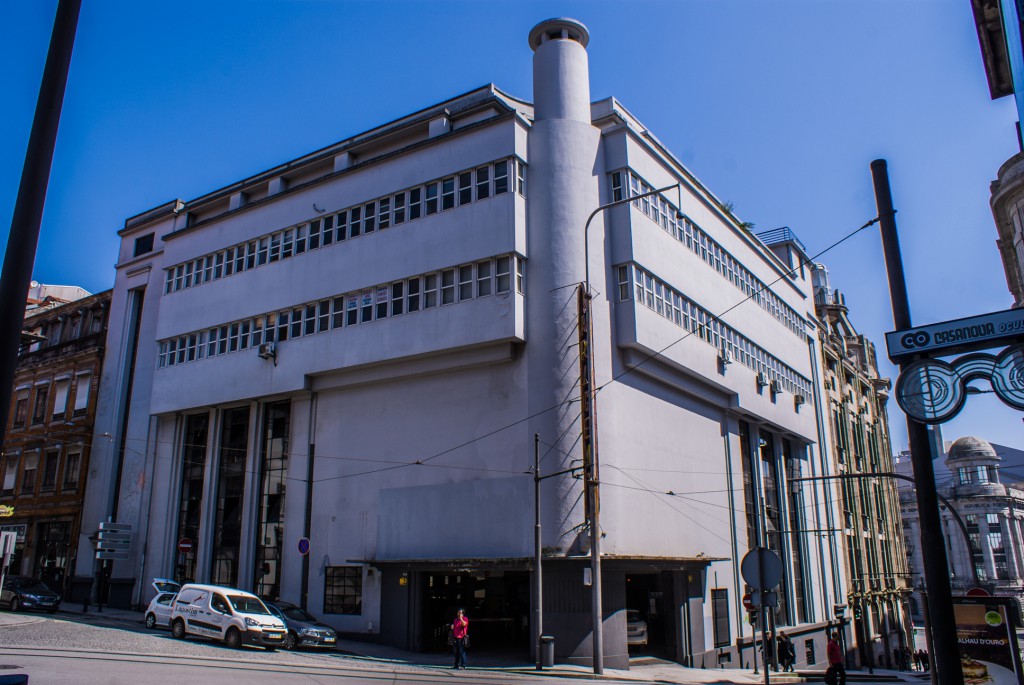 Garagem do Comércio do Porto

On the same square, on the south side, there’s another building, Infante de Sagres Hotel. It’s a “strange” building in Azevedo’s portfolio, very classic, reaching Estado Novo’s regionalism at its best. Constructed 15 years after Garagem, it
looks older, due to its characteristic lines. 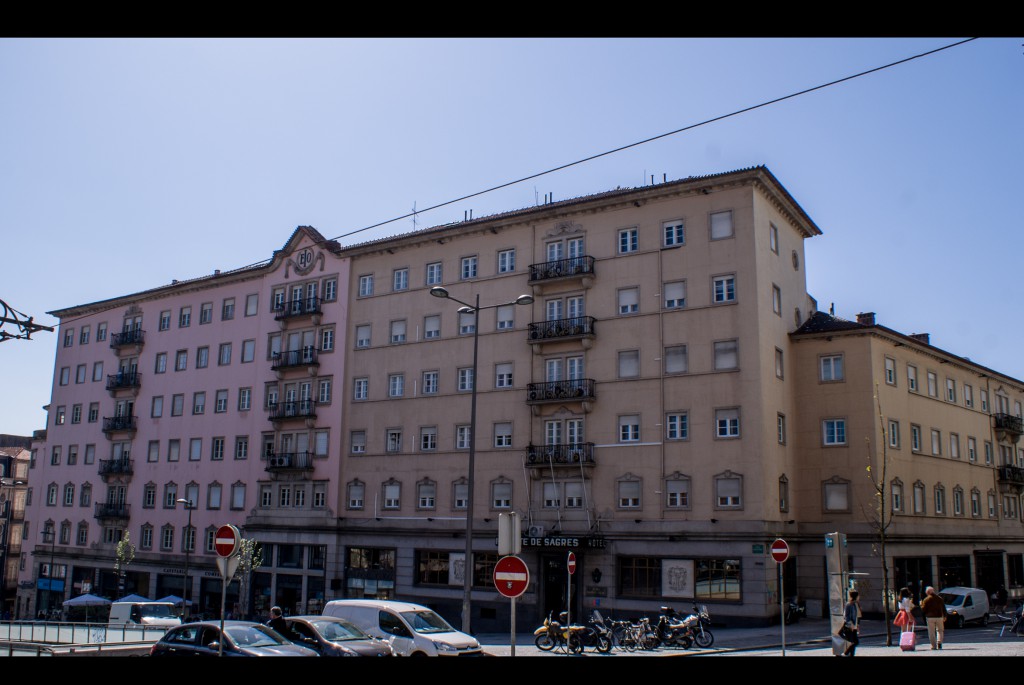 Is there a slight chance that young architects are bolder than older ones?

We know this is a good option for a short tour in the city center, and for you to understand the 20th century architecture evolution.

We would like to thank Hotel Aliados staff, for their precious help while taking  some pictures.