Metro or subway it’s just a matter of semantics for English speaking countries; for our “rivals” in Lisbon, tram is the word; for us, in Porto, it was the best thing that happened in the last years!

Metro do Porto created a revolution is Porto’s traffic and the best way to understand it is to follow this small chronology.

September 1996: I started studying archeology in the Arts College in Porto’s University. I remember very well that to get from my College, in Campo Alegre, to S. Bento train station, I would need to get one bus, choosing between #35, #37 or #78, which would take me through a very sweaty and smelly 2.4 km (1,5 miles) in a record time of 45 minutes!!! Soon I realized that snails were getting there faster and I started walking the length.This was the opportunity to understand a little bit more of the City and its life, and it spared me 20 minutes on the process.

Anyway, it’s impossible to do something in Porto without getting some envy back from Lisbon and with the subway, it was the same. They immediately start saying that our Metro was a tram because it runs 90% of the time above ground, but they were late – we started the joke way before that. Porto’s citizens have the ability to mock themselves out as a self-defense mechanism. 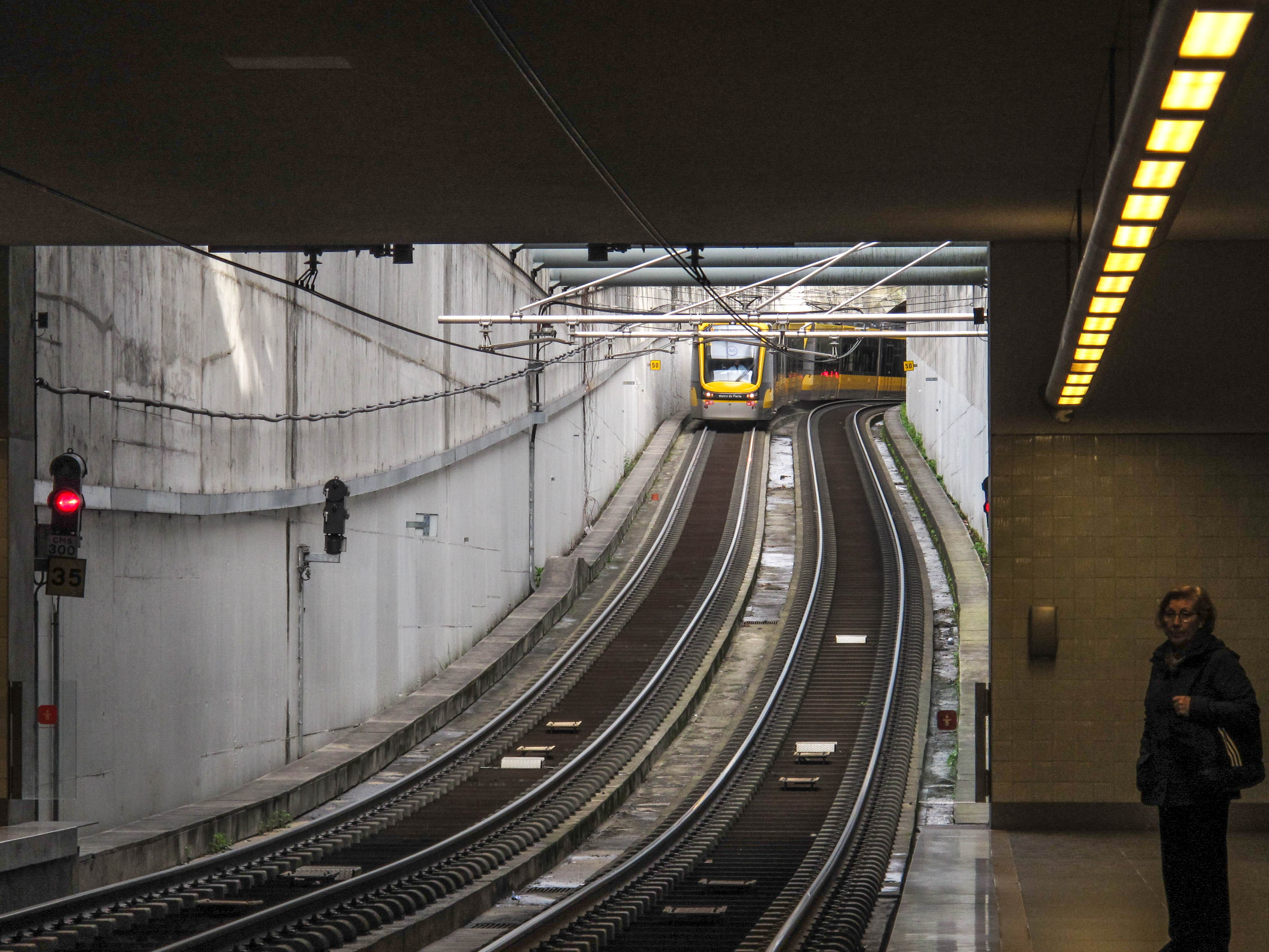 But how does it work?

First thing is that our M for Metro is Blue, matching Porto and FC Porto colors. It’s never a good idea to go looking for a red sign in a city where that means the “infidels” club, Benfica. By the way, I’m just allowed to use that word once.

Next, get your Andante card, the blue one, and remember that it is rechargeable, therefore, reusable and it is valid for one person only. Besides, every time you get in or out of a Metro station you will need to pass it on the machine – you will notice a yellow kind off pole with a monitor on it. You can get your Andante ticket (that costs 0,60€ and you pay once) on the machines with trip prices ranging from 1,20€ to 5€. The best way to come to Porto from the airport is by Metro and, for this, you will need a Z4 ticket that costs 2,45€ (1.85€ for the trip and 0.60€ of the Andante card).

Once you validate your ticket you can go in and out of Metro stations for a period of time, starting with 1 hour to Z2 and 3 hours for a Z12. Don’t forget to validate when getting in or out. 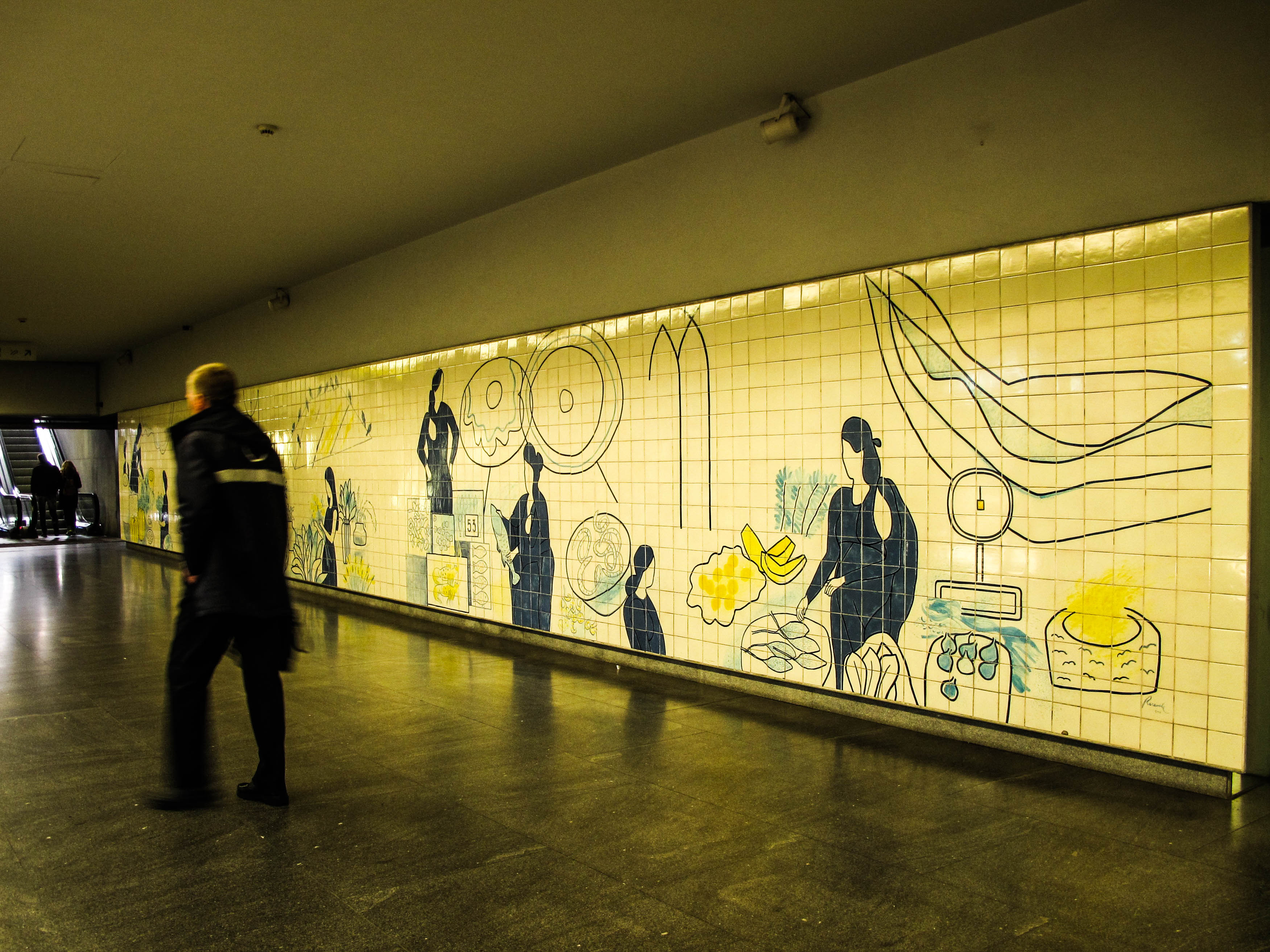 How do I know wich zone is valid for my trip? Forget the maps and the schemes and just look at the yellow list on the right side of the tickets machine. There you have an alphabetic order list of all the stations, served by that station with the matching ticket kind. So, from Aeroporto (airport) coming to Trindade, the station on Porto’s center, you need a Z4 and it will take you around 30 minutes.

Metro do Porto website has a tool that lets you plan your trip and it’s fairly accurate. Also very useful is Google Transit feature on Google Maps including, also, all the public transportation in the City combining Metro with buses and trains showing you the best route options everywhere.

To get around central Porto, you’ll need, basically a Z2 ticket. It will take you to all the places like Aliados, S. Bento, Mercado do Bolhão, Casa da Música, Estádio do Dragão and also to the other side of the river, over D. Luís bridge. If you want to go to the ocean front or Parque da Cidade, you can get the Metro to Matosinhos (Matosinhos Sul or Brito Capelo stations). For this, don’t forget to change your zone on your Andante.

Don’t go for the 10 trip ticket unless you want to have a tour over the Metro system that won, in 2013, Harvard’s Veronica Rudge Green Prize  in Urban Design. Featuring two Pritzker Prize winners, Eduardo Souto de Moura and Álvaro Siza Vieira, together with other Portuguese reputable architects, was so well conceived that deserved the gentle words of the Prize jurors “Metro do Porto exhibits a generosity towards the public realm that is unusual for a contemporary infrastructure project.” 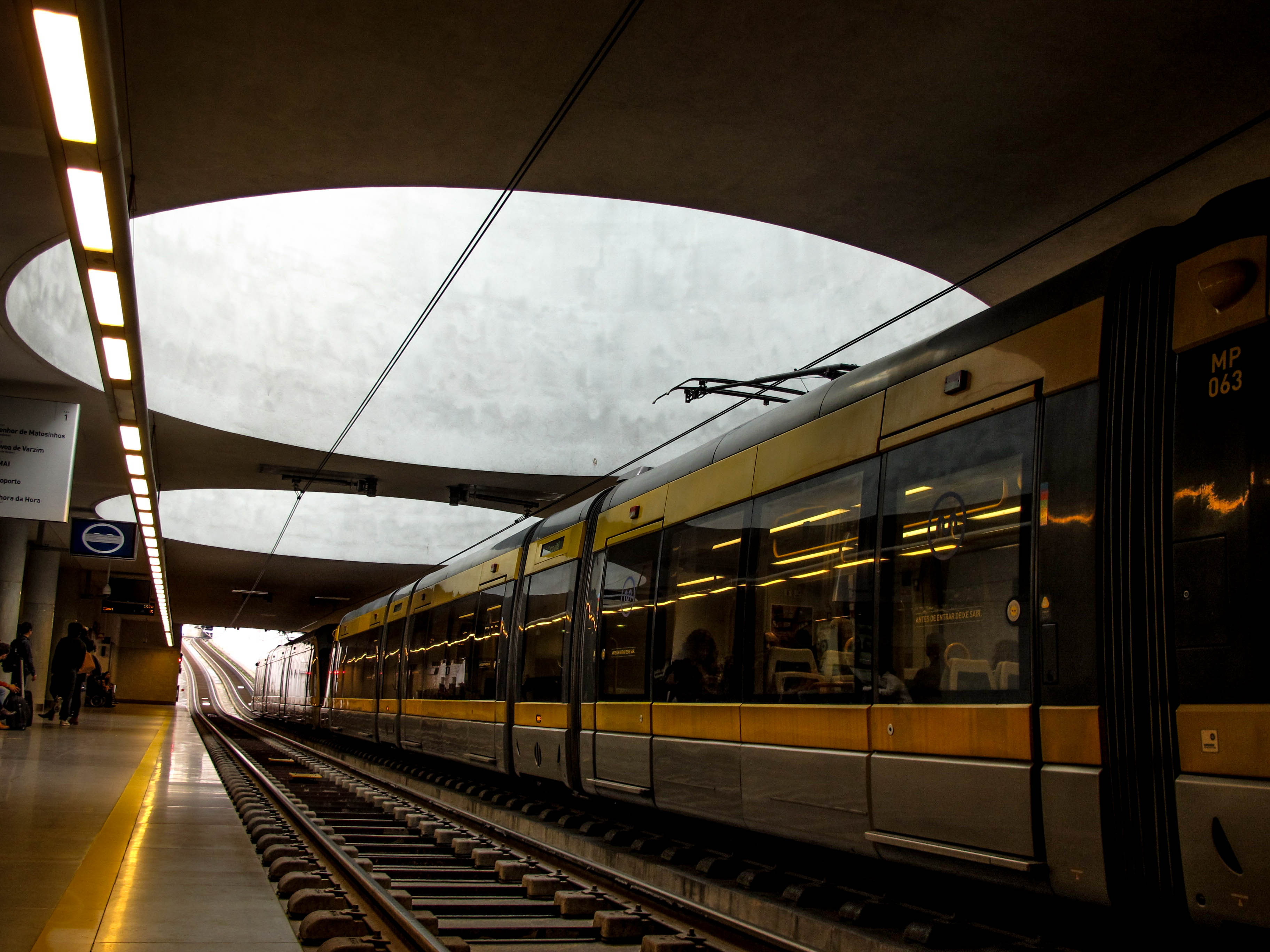 Some years have passed since the first Metro started, silently, roaming the entrails, the surface of Porto and the neighboring municipalities. It is a fact that today we are far better than we were before and, also thanks to Metro, the City reinvented itself, with people using it for the big parties like S. João, Queima das Fitas, or just to come to the restaurants and bars. Music, theater and other forms of art are a constant, giving already satisfied clients one more reason to smile. It allows, people to move quick and easy and have more time to enjoy life.