Praça Carlos Alberto, a charming and small square, is dedicated to an “Italian” King,  and has some features that you can easily miss. We are here to keep you on track.

Carlos Alberto was the King of Piemonte and Sardinia, for a short time and was exiled in Porto in 1849. He stayed briefly in the big white Palace located on the North side of the square. At this time, the palace was a common bread and breakfast called Hospedaria de Bernardo Peixe.

Before, the palace was the house of Viscount of Balsemão and after, in 1854, was bought by Viscount of Trindade that made some changes, including his coat of arms with the unicorn. In 1907, it passed to the City’s possession and, today holds a very interesting Portuguese coin museum.

On the left of this building, you have another unique and intriguing museum, the Material Bank. Here you can find everything related to exterior decoration of buildings: porcelain statues, painted roof tiles, vintage shop advertisement, street signs, floor tiles and, of course, and extensive “library” of wall tiles, the famous Azulejo. On a side room, you can also find a place dedicated to ceiling plaster bas-relief that was used on a lot of buildings in town. 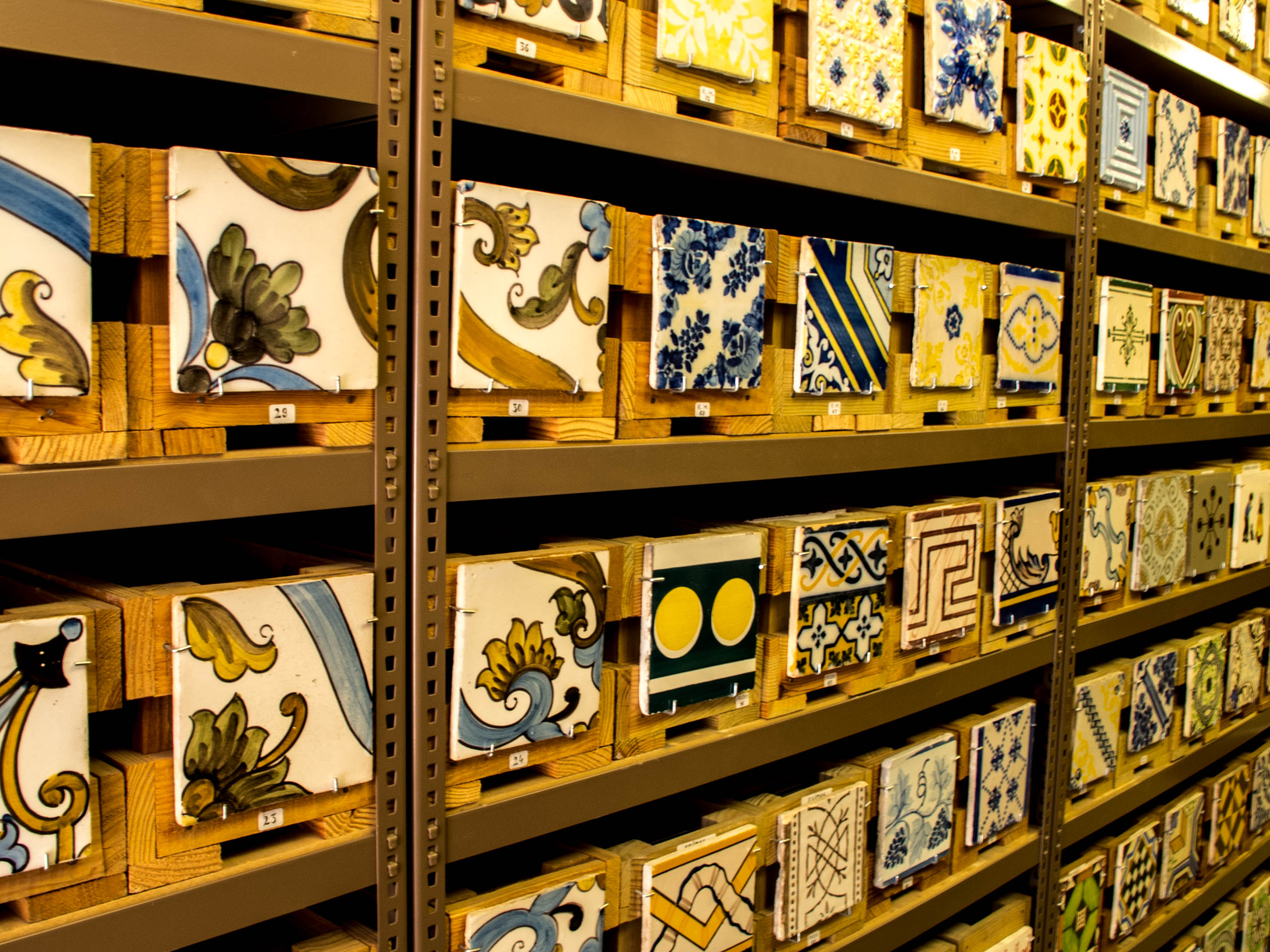 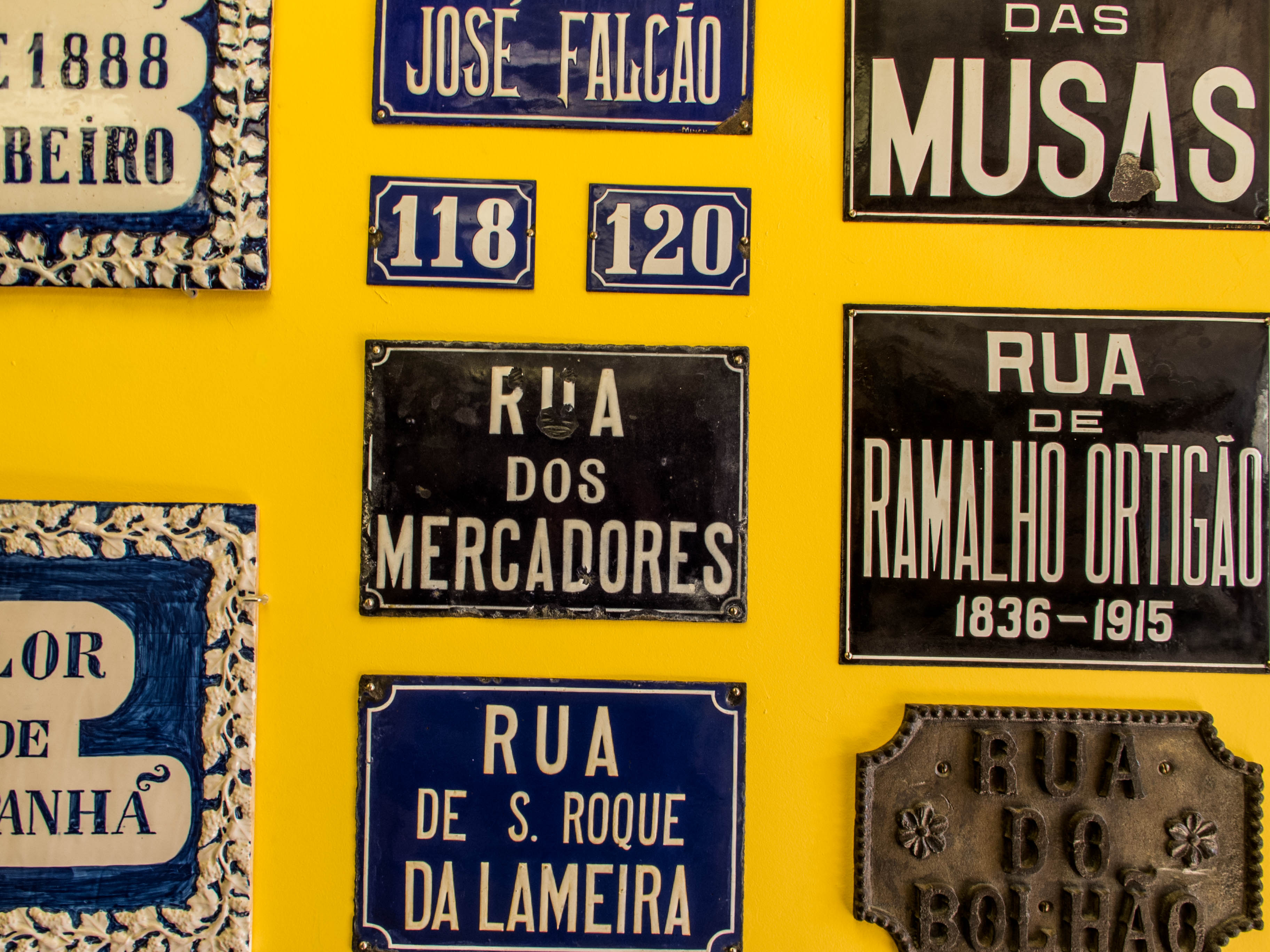 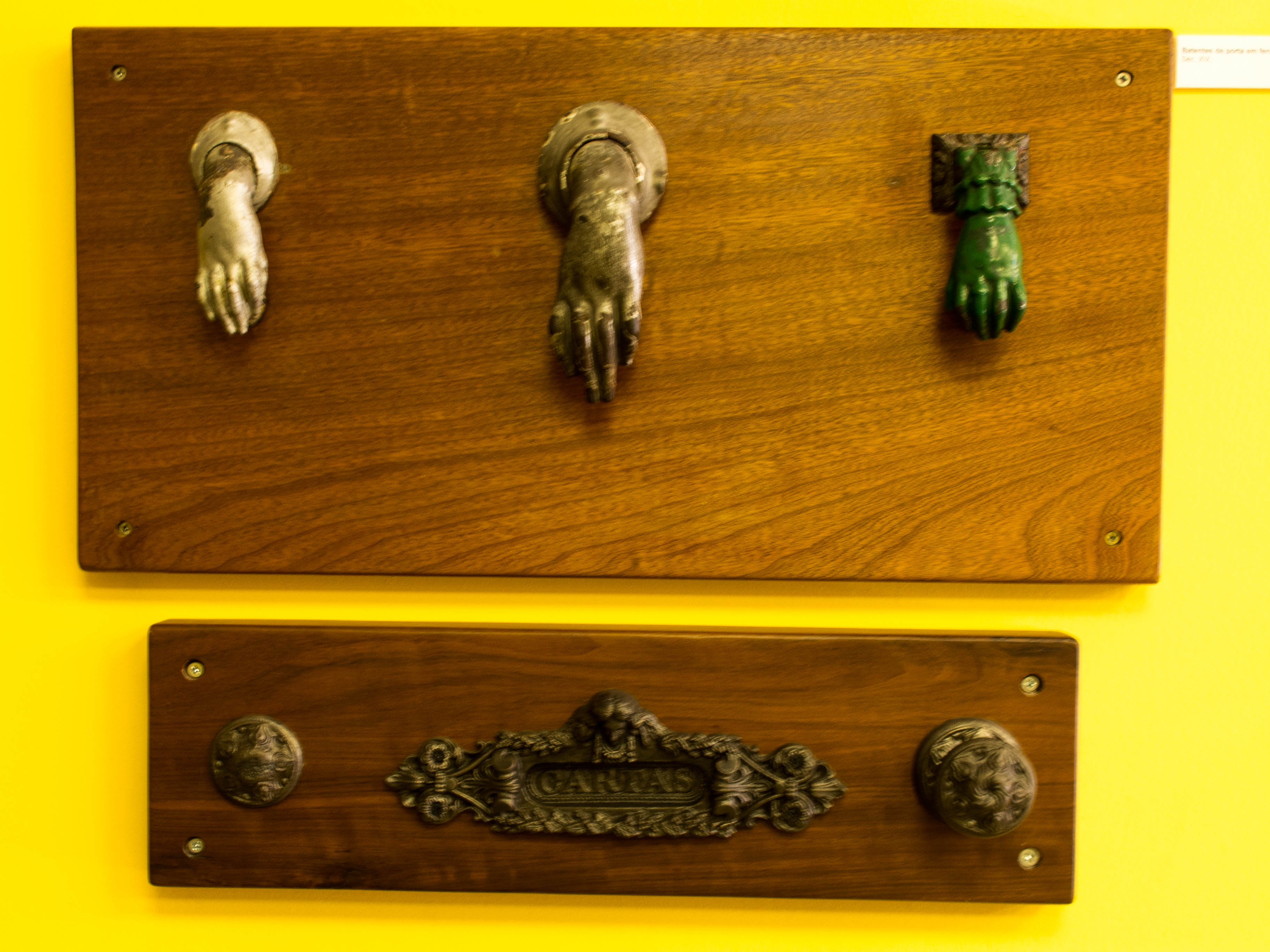 Door knobs, one more thing you can find in Porto and in this museum.

Henrique Moreira created the monument at the center of the square, the memory of our brave soldiers that fought in World War I. Portugal fought on the winner’s side – that’s why the city’s central avenue is called Avenida dos Aliados (Allies Avenue) – but lost a lot of men, mainly on the mythical La Lys Battle. A lot of cities and villages throughout Portugal celebrate their fallen boys with statues similar to this. 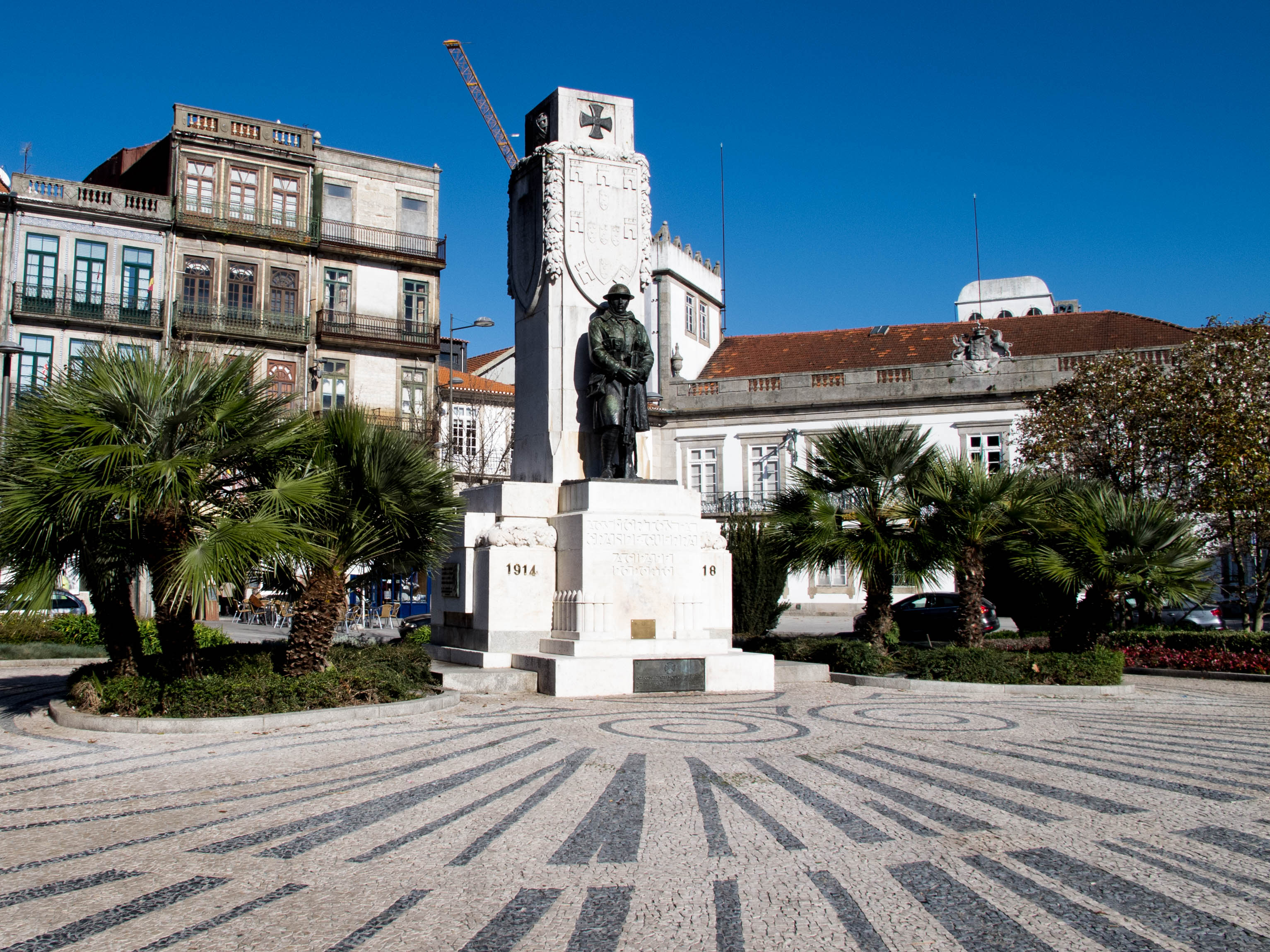 An interesting fact is that this is the second version of the monument. The first version, by José de Oliveira Ferreira, that also conceived Serrana’s beautiful artwork, was a Gaul soldier wearing a kind of skirt, a connection to Flanders, the area where the Portuguese fought. Porto’s people found it very funny and went to the café’s around the square to mock, and they mocked so much that the City had to ask for a new statue.

Saturday’s in Porto, are a must and scattered, here and there, you can find a lot of street markets. Praça Carlos Alberto is no exception and, if the weather allows it, you’ll have Mercado Porto Belo, selling vintage, antiques, biological food, handicraft, vinyl records and also mojitos, caipirinha – there’s a bar, DJ’s and some seats to chill out. There’s also a Mini version! 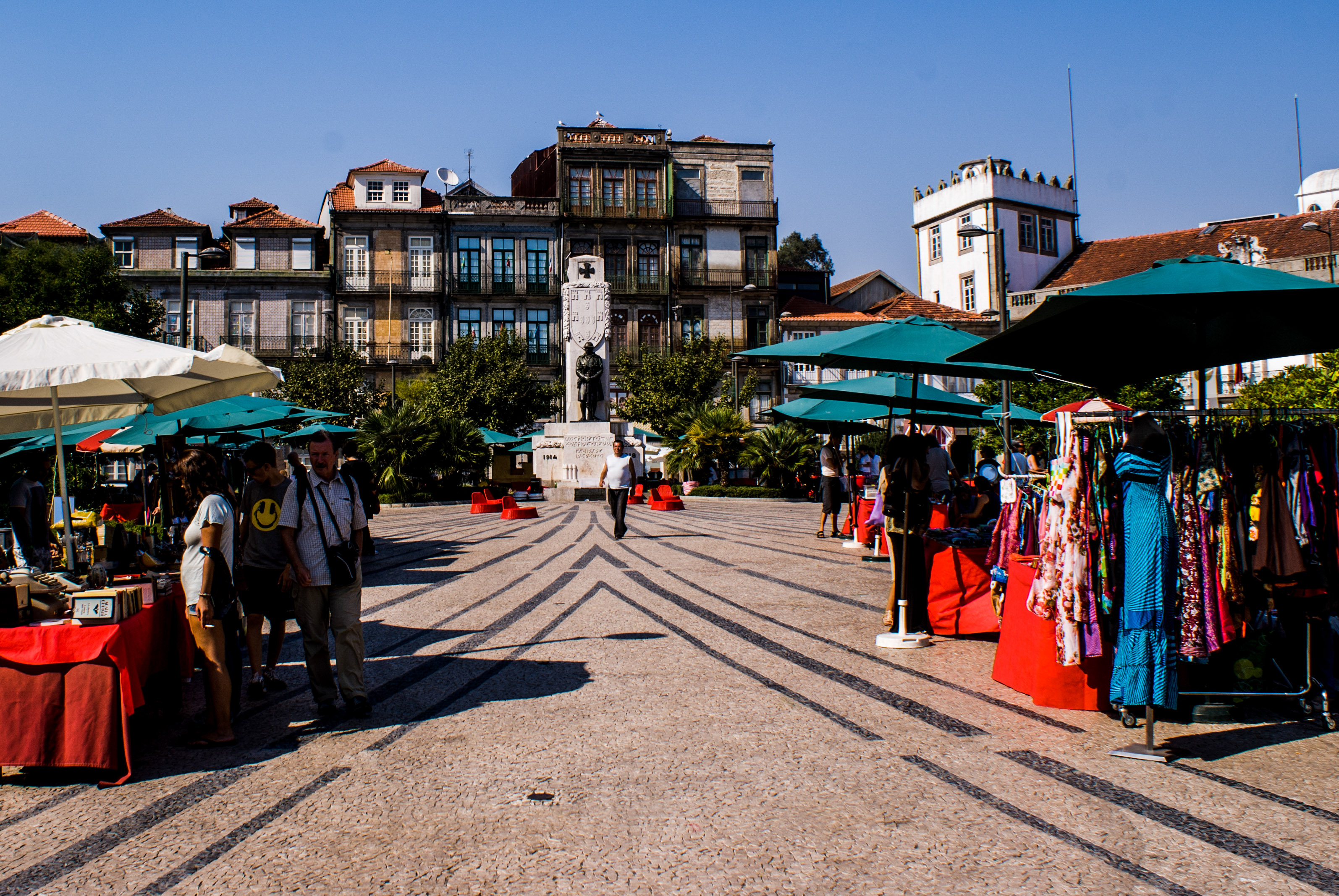 The most famous café’s in this square is Luso, a mythical place above which, Humberto Delgado, “o General Sem Medo” (The Fearless General) had his Headquarters during the first “free elections” in the Dictatorship period (1958). This place was, also a place where the students gathered and most everything could happen, like people coming in with their motorcycles, and the National Guard charging riding their horses. Legend has it that, in Luso, the glasses weren’t washed – often. 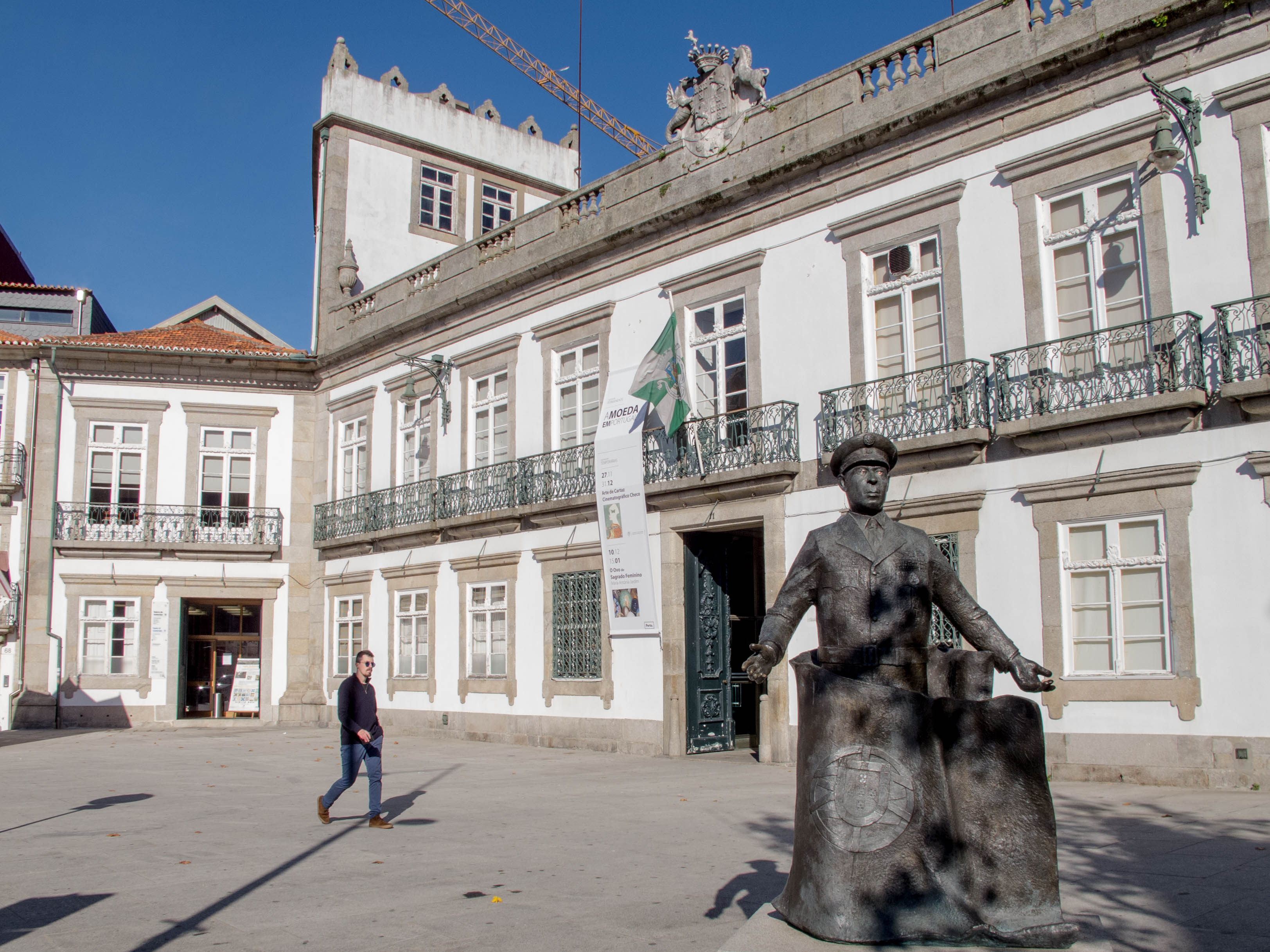 When I was a student, we used to gather in Lareira, a restaurant on the northeast corner of the square. Here, as a freshman, and together with my fellow students, we would be assigned with a number of tasks that we would have to comply with. Usually, within a 3-hour time frame, we would have to show the results to our “elders”.

One of the tasks was to say how many stars we could count on the square. Actually, on the cobblestones, the masons created an uncertain number of small stars that you could find, if you looked closely. Nobody knew the right number and we were never right – this was clearly an impossible task and it was fun, nonetheless. In 2001, with the square’s renovation, they were lost. 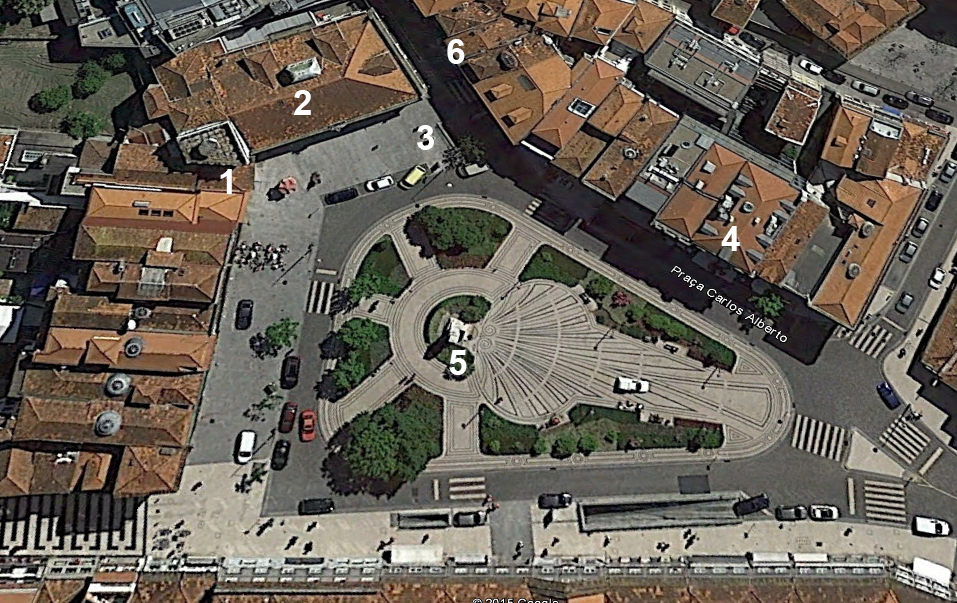